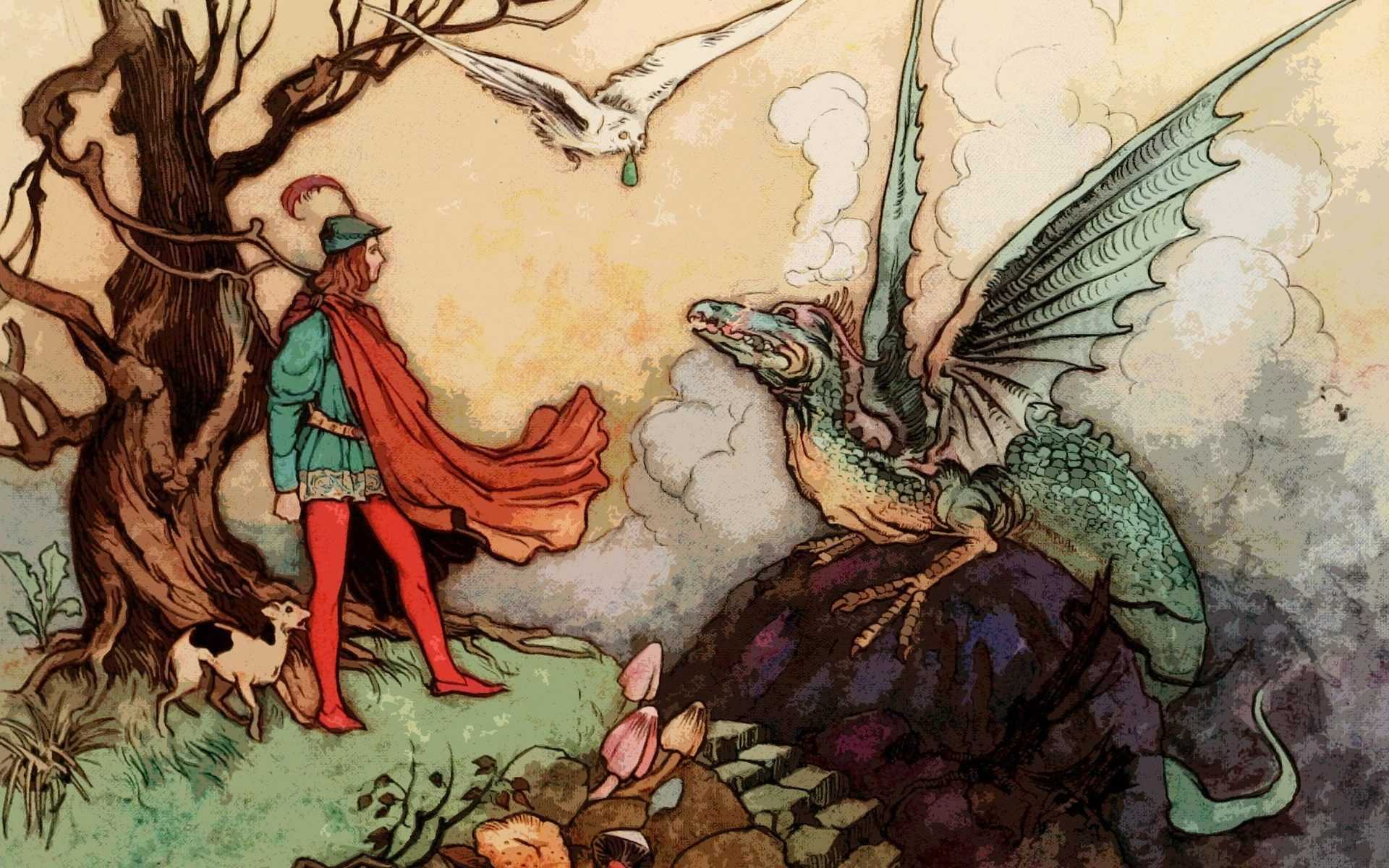 Dragons are the characters, so to say, that make most fantasy books good. Basically, you cannot have an amazing fantasy book in your hands if it does not have at least one dragon in it – of course, there are some exceptions.

The first dragon in literature appeared in Argonautica, by Apollonius of Rhodes. There was a dragon guarding the golden fleece and another one whose teeth could be sown like seed in order to make an army grow.

Even though some sources suggest that the Book of Job has literature’s first dragon, that fact is still under discussion, so to say, given the fact that the so-called dragon is actually a leviathan, which is a sea monster.

Now that we know where we can find the first dragon, let’s take a look at some of the best books which have the best dragons in them!

As its name suggests, Dragonsbane has a dragon in it! The book tells the story of a young prince that has to join forces with an aged warrior and an almost-witch in order to defeat the dragon that stalks his kingdom.

Given that Barbara Hambly is one of New York Times’ bestselling author, we can surely expect a breathtaking story of a fire-breathing dragon and a team of three heroes trying to take it down.

What’s special about her is that she is in the possession of a dragon-fire-proof ointment. As fates collide, there happens to be a marauding dragon through the kingdom and, since our heroine has nothing better to do, she takes her father’s old warhorse and rides toward a battle with what we’ll find out to be the last of the great dragons.

If you thought that history is boring, then Naomi Novik has the perfect ingredient to change that exact thing – obviously, it’s dragons.

The story takes place during the Napoleonic Wars, when captain Will Laurence, instead of fighting for victory and a better tomorrow, is faced with a dragon coming to life from an unhatched egg.

In no time, he befriends the dragon and joins the world of the Aerial Corps – also known as dragon riders. Naturally, Captain Laurence and his dragon, named Temeraire, must prepare for the battle with France’s dragon riders as they try to land on British soil.

A great mixture of history and fantasy which contains one of the best elements out there – dragons, as well as dragon riders.

Besides an amazing display of fantasy, keep in mind that Terry Pratchett is also one of the masters of humor in literature.

Therefore, it’s no wonder that in Guards! Guards! we’ll enter a world where noble dragons, believed to be extinct, come back to life – well, actually just one of them. As all things must follow their natural path, this noble dragon is soon crowned King of the land.

The local order now has to be restored by the City Watch – this means a lot of magic as well as stopping a marauding dragon.

Naturally, the list could go on and on – we didn’t even mention Smaug or the dragons in A Song of Ice and Fire, assuming that you are quite familiar with those already.

Nevertheless, there are plenty of good books with dragons in them – above was our list of some of the best out there, however. Even if you manage to read all of these in record time, you will still have what to choose from afterward.